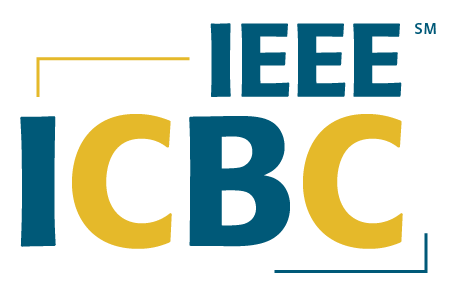 We have a lineup of four very exciting and informative tutorials for ICBC 2021 - please note that the time and date for each tutorial and the relevant chairs will be announced in the next few weeks.

Abstract: Blockchain has drawn much attention and has been widely deployed in recent years. However, blockchain scalability is emerging as a challenging issue. This tutorial will overview existing solutions to blockchain scalability, which can be classified into two categories: first layer and second layer solutions. First layer solutions propose modifications to the blockchain (i.e., changing the blockchain structure, such as block size) while second layer solutions propose mechanisms that are implemented outside of the blockchain. In particular, we focus on sharding as a promising first layer solution to the scalability issue; the basic idea behind sharding is to divide the blockchain network into multiple committees, each processing a separate set of transactions. More specifically, (a) we propose a taxonomy based on committee formation and intra-committee consensus; and (b) we compare the main existing sharding-based blockchain protocols. We also present a performance-based comparative analysis (i.e., throughput and latency) of the advantages and disadvantages of existing scalability solutions. Finally, we present a security analysis of sharding-based blockchain protocols.

Abdelhakim Senhaji Hafid is a Full Professor at the University of Montreal. He is the founding director of Network Research Lab and Montreal Blockchain Lab. He is a research fellow at CIRRELT, Montreal, Canada. Dr Hafid published over 250 journal and conference papers; he also holds three US patents. He supervised to graduation of over 50 graduate and postgraduate students. Prior to joining the U. of Montreal, he spent several years, as a senior research scientist, at Bell Communications Research (Bellcore), NJ, US working in the context of major research projects on the management of next-generation networks. Dr. Hafid was also Assistant Professor at Western University (WU), Canada, Research director of Advanced Communication Engineering Center (venture established by WU, Bell Canada and Bay Networks), Canada, a researcher at CRIM, Canada, visiting scientist at GMD-Fokus, Germany and visiting professor at University of Evry, France. Dr. Hafid consulted for a number of telecommunication companies and startups in North America; he also gave talks/keynotes in a number of international conferences. He co-founded Tipot Technologies Inc. (Research & Development Platform for IoT). Dr. Hafid has extensive academic and industrial research experience in the area of the management and design of next-generation networks. His current research interests include IoT, Fog/edge computing, Blockchain, and intelligent transport systems.

Abdelatif Hafid is a Ph.D. Candidate in Blockchain and applied probability with The University of Moulay Ismail and the University of Montreal. Mr Abdelatif Hafid has a background in mathematics; he got both a B.Sc. degree and M.Sc. degree in mathematical engineering and its applications. His current research interests include blockchain scalability, security analysis of sharding-based blockchain protocols (using probabilistic models), applied probability, machine learning in the context of sharding-based blockchain protocols.

Abstract: Central Bank Digital Currency (CBDC) is a digitized domestic currency where the central bank issues new digital money equivalent to its domestic currency. CBDC could be issued using distributed ledger technology (DLT), where transactions would operate and settle on a peer-to-peer basis. There are two types of CBDC, retail and wholesale. Retail or General purpose CBDC is peer-to-peer payments and payments from consumers to merchants. Wholesale CBDC is issued for specific use by commercial banks and clearing houses aiming at more efficient interbank payments. Many central banks have already engaged in or about to begin the CBDC framework. Quite a few central banks start their CBDC projects building proofs of concept (PoCs) using DLT to replicate wholesale payment systems such as the Monetary Authorities of Singapore (Project Ubin), Bank of Canada (Project Jasper), and Bank of Thailand (Project Inthanon), and now looking for expanding their uses to other use cases such as cross- border remittance and delivery versus Payment (DvP). With an announcement of Facebook's Diem or Libra global stable coin and global pandemic, which encourages digital payments, many central banks accelerate their study in retail CBDC. Some have already started testing, for example, in China. In this tutorial, we will present the current body of knowledge in the field of CBDC, the issues and challenges in CBDC design, and a discussion of future works.

Vijak Sethaput is currently a Ph.D. student in the College of Engineering at the University of the Thai Chamber of Commerce and a Deputy Director at the Information Technology (IT) Department at the Bank of Thailand. He was a Senior Developer for Project Inthanon, wholesale CBDC Proof of Concept Project at Bank of Thailand. He received a Bank of Thailand Scholarship to study in the US for undergraduate level computer engineering at Brown University and in graduate-level electrical engineering and computer science at Harvard University. After graduation in 2001, he returned home to Thailand to work at the Bank of Thailand in various departments from Note Printing Works, Banknote Management, Corporate Communications, Financial Markets, and IT. He also received additional degrees such as Master of Business Economics (MBE) and Master of Business Administration (MBA).

Title: Blockchain Networks: How Much Communication Resource is Needed?

Lei Zhang is a Senior Lecturer (Associate Professor) at the University of Glasgow, U.K. He received his Ph.D. from the University of Sheffield, U.K. His research interests include wireless communication systems and networks, blockchain technology, data privacy and security, radio access network slicing (RAN slicing), Internet of Things (IoT), multi-antenna signal processing, MIMO systems, etc. He has 19 patents granted/filed in more than 30 countries/regions including US/UK/EU/China/Japan etc. Dr Zhang has published 3 books and 100+ peer-reviewed papers. He received the IEEE Communication Society TAOS Best Paper Award 2019. He is a Technical Committee Chair of 5th International Conference on UK-China Emerging Technologies (UCET) 2020. He was the Publication and Registration Chair of IEEE Sensor Array and Multichannel (SAM) 2018, Co-chair of CyberC Blockchain workshop 2019. He is an associate editor of IEEE Internet of Things (IoT) Journal, IEEE Wireless Communications Letters and Digital Communications and Networks. Dr Zhang’s research was widely covered by media including BBC.

Bin Cao is an Associate Professor in the state key laboratory of network and switching technology at Beijing University of Posts and Telecommunications (BUPT). Before that, he was an associate professor at Chongqing University of Posts and Telecommunications. He received his Ph.D. degree (Honors) in communication and information systems from the National Key Laboratory of Science and Technology on Communications, University of Electronic Science and Technology of China in 2014. From April to December in 2012, he was an international visitor at the Institute for Infocomm Research (I2R), Singapore. He was a research fellow at the National University of Singapore from July 2015 to July 2016. He served as a guest editor for IEEE Sensors Journal and IEEE Transactions on Industrial Informatics, he also served as symposium cochair for IEEE ICNC 2018, blockchain workshop co-chair for CyberC 2019, IEEE Blockchain 2020 special session and TPC member for numerous conferences. His research interests include the blockchain system, the internet of things and mobile edge computing.

Wenbing Zhao is a Full Professor at the Department of Electrical Engineering and Computer Science, Cleveland State University (CSU). He earned his PhD at the University of California, Santa Barbara, under the supervision of Drs. Moser and Melliar-Smith, in 2002. Dr Zhao has been doing research on distributed systems since 1998. His research was sponsored by various US federal and state agencies, including the US National Science Foundation, the US Department of Energy, the US Department of Transportation, the Ohio Bureau of Workers’ Compensation, the Ohio Department of Higher Education, and the Ohio Development Services Agency. Dr Zhao has over 220 peer-reviewed publications. He has served on several research panels for the US National Science Foundation, as the Keynote Speaker, Tutorial Speaker, General Chair or Program Chair for several international conferences, and as a member of the technical program committee for many IEEE conferences. In recent years, Dr Zhao has been working on blockchain consensus and related issues. Dr Zhao has an active research grant on the blockchain with the US Department of Energy.